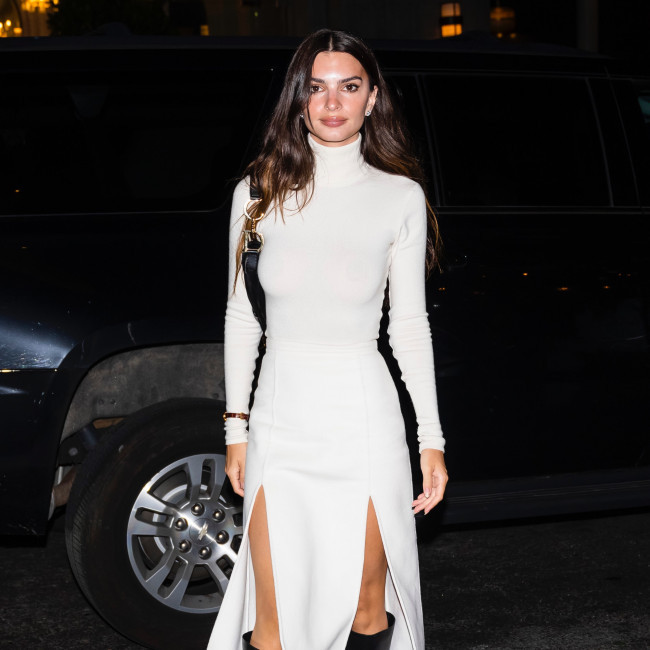 The 31-year-old actress slammed director Andrew Dominik's Marilyn Monroe biopic - which features Ana de Armas in the lead role - for the way it has portrayed the late Hollywood icon, though she admitted she hasn't actually seen the film.

Speaking on TikTok, she said: “I’m not surprised to hear that it’s yet another movie fetishising female pain, even in death."

Citing the collective fascination with Britney Spears, the late Amy Winehouse, and the death of Princess Diana, Emily insisted that, as a society, "we love to fetishise female pain … We obsess over dead girls and serial killers.”

She added: "We love to fetishise female pain. And I think as women, I can say for myself for sure, I've learned how to fetishise my own pain and my own hurt in my life so that it feels like something that can be tended to that's kind of sexy."

“I think we do that in many, many different ways."

The 'My Body' author calls for women to get "a little more p**** off" and for society to change the way it views females.

She continued: "I want that to change. But I was thinking about it and you know what's kind of hard to fetishize? Anger. Anger is hard to fetishise. So I have a proposal. I think we all need to be a little more p***** off. I'm gonna be in my witch era. 2022

Courtney Stodden has also vowed to boycott the film and called for others not to watch either.

The 28-year-old star told the New York Post newspaper's Page Six column: “I will not be watching. As somebody who understands what it feels like to be exploited in a sexual way and then have people turn you into a joke when you are not a joke, I think diving into that is a little disrespectful...

“That is not Marilyn Monroe, that is not her story. It’s fictionalised and it’s to make her something she wasn’t. She never wanted to be the girl they’re painting her as.”