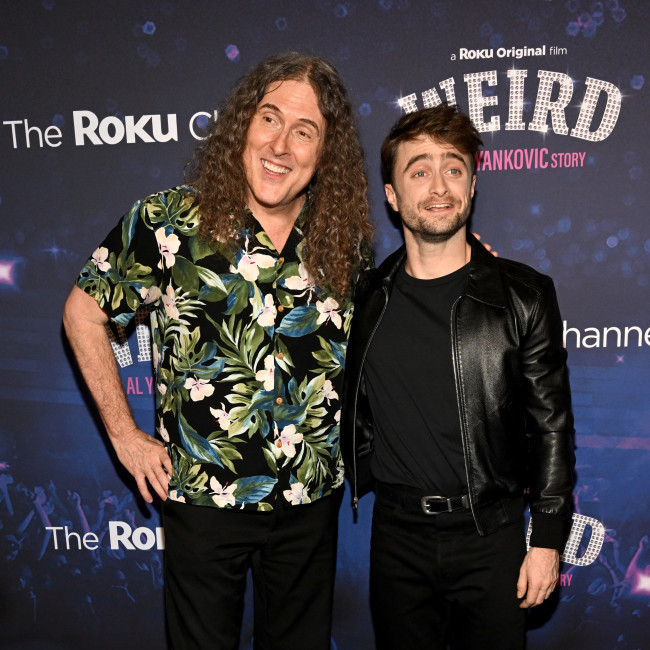 The 63-year-old musician - who is played by Daniel Radcliffe, the titular star in the wizarding series, in his new biopic 'Weird: The Al Yankovic Story' - has offered his own twist on songs including the 'Star Wars' theme and 'Gangsta's Paradise' from 'Dangerous Minds' in the past, but when he asked permission to rework 'Hedwig's Theme', the idea was quickly shut down.

He said: “Whenever it was, about a decade or two ago, I approached the movie company just to get a general blessing like, ‘Hey, I’d like to do a Harry Potter parody.’ And I think they said no, or they never responded or whatever.

“But sometimes when you’re dealing with franchises, and you ask permission, you know, there’s so many people that can say no, and they usually do.” THR has reached out to Warner Bros. for comment.

Al joked the snub had taught him a lesson for future parodies.

He said: “If I’m doing a franchise, it’s usually better just to do it and ask for forgiveness rather than permission,” he explained.

But the 'Gump' singer is still a fan of the 'Harry Potter' series and joked 'Weird: The Al Yankovic Story' is his favourite movie in the saga.

He quipped: "We like to think that that’s the last movie of the Harry Potter franchise."

And actor Daniel joked the whole movie could be viewed as the parody Al never got to record.

He said: "Maybe that’s what this film is. This has been his way of doing a 'Harry Potter' parody.”